Skip to content
By 25/03/2021Hard Rock, Mousic NewsLeave a Comment on WE CAME AS ROMANS Announces ‘To Plant A Seed’ Anniversary Livestream Show

During the livestream show, the band will perform its landmark, 2009-released album “To Plant A Seed” in full.

“To Plant A Seed” was a definitive sonic statement for WE CAME AS ROMANS and remains a fan and critical favorite through this day. It’s only fitting that the band commemorate the record with this performance event. WE CAME AS ROMANS had embarked on a tour to celebrate the album’s anniversary in 2020 but the tour was tabled due to the COVID-19 global shutdown. This event allows the band and its fans to mark the anniversary in a different albeit just as special way.

“We’re so stoked to announce this livestream for our ‘To Plant A Seed’ 10-year anniversary tour/set,” says singer Dave Stevens. “While we were in the middle of this tour last year, we had to unexpectedly pack up and go home due to COVID-19, which left us, and a lot of fans, disappointed that we couldn’t be performing this set. The best way we could think of to bring these songs to our fans was through a livestream. Along with the stream, we’re releasing very limited-edition merch, designed by our own Andy Glass, just like we did on the tour. Our hope is to bring this set to life — wherever you can watch it to help us all continue to get through tough times.”

Tickets, VIP bundles, and exclusive merch are on sale here.

An exclusive vinyl box set, which includes all five WE CAME AS ROMANS albums in alternate colors, is limited to just 1,000 copies and is a “must own” for diehards and collectors. It includes a show ticket. Get it here.

Last year, WE CAME AS ROMANS shared the video for their brand new song “From the First Note”. “From the First Note” and “Carry the Weight” served as the first tracks that the band released since singer Kyle Pavone‘s tragic passing in August 2018. The band continues to work on new material. 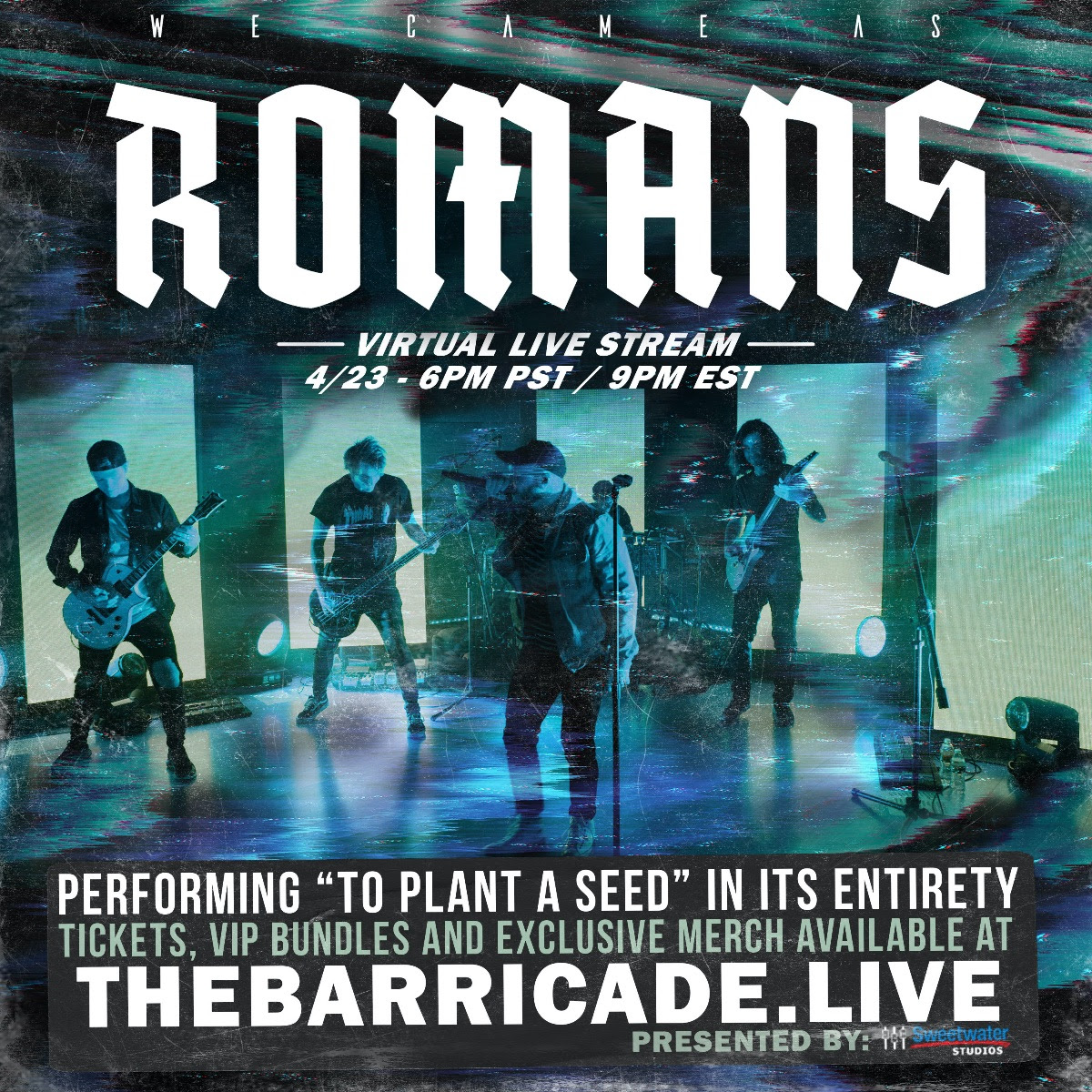